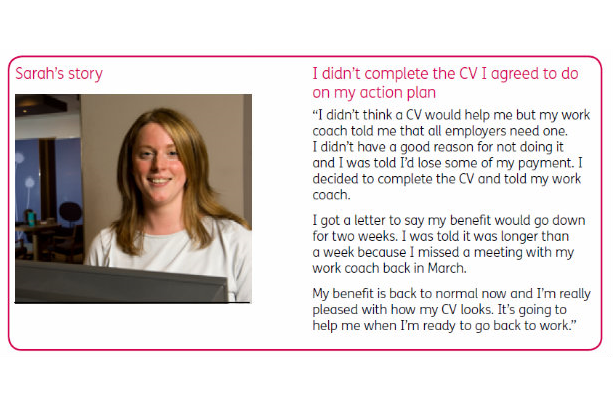 Sarah’s story: Turned out to be fiction rather than fact

In 2015, Welfare Weekly exposed the Department for Work and Pensions for using fake testimonies from fake characters via a well-placed freedom of information (FoI) request, revealing that the lengths that the government is prepared to go to justify extremely punitive policies. Remarkably, even the Chartered Institute of Public Relations (CIPR)  were alarmed at the level of deception, and said it had written to all of its members who work at the Department to find out whether they had played any part in putting the leaflet together.

Sarah Pinch, the CIPR’s president, said: “Falsely creating the impression of independent, popular support is a naive and opaque technique which blatantly disregards the CIPR’s standards of ethical conduct. It is deeply disappointing if public relations professionals allowed it to be published.”

This happened during the same month that the it was…