What the hell is going on?
I tabled a parliamentary question recently and discovered the Foreign Office has given £2m of public money to a shady organisation that’s indulging in black propaganda against Jeremy Corbyn and the Labour Party.https://www.theyworkforyou.com/wrans/?id=2018-11-27.196177.h&s=speaker%3A24830#g196177.q0 …

TheyWorkForYou is a website which makes it easy to keep track of your local MP’s activities.

I recently wrote an article related to the tweet above, about the covert government-funded unit which has been systematically and strategically attacking the official opposition, seriously undermining democracy in the UK.

Last month (5 November), Anonymous Europe obtained a large number of documents relating to the activities of the ‘Integrity Initiative’ project, which was launched back in autumn, 2015. The project is funded by the British government and has been established by the Institute for Statecraft.

It’s perhaps unsurprising that the hack has had zero substantive coverage in the UK, US or European press since a number of journalists were also implicated in playing a role to fulfil the project’s aims, but it was picked up by Russian media.

The Institute for Statecraft is affiliated with the NATO HQ Public Diplomacy Division and the Home Office-funded ‘Prevent’ programme, among other things. Statecraft’s Security Economics director, Dr Shima D Keene, collaborated with John A. S. Ardis on a paper about information warfare. Anonymous published the documents, which have unearthed the massive UK-led psyop to create a ‘large-scale information secret service’ in Europe, the US and Canada.

The declared goal of the project is to “counteract Russian propaganda” and Moscow’s hybrid warfare (a military strategy that employs political warfare and blends conventional warfare, ‘irregular’ warfare and cyberwarfare with other influencing methods, such as fake news, diplomacy, lawfare and foreign electoral intervention).

The Integrity Initiative consists of representatives of political, military, academic and journalistic communities with the think tank in London at the head of it.

On 26 November, Integrity Initiative published a statement on the Russian media coverage of the hack. In it they said:

“The Integrity Initiative was set up in autumn 2015 by The Institute for Statecraft in cooperation with the Free University of Brussels (VUB) to bring to the attention of politicians, policy-makers, opinion leaders and other interested parties the threat posed by Russia to democratic institutions in the United Kingdom, across Europe and North America.”

“The Integrity Initiative aims to unite people who understand the threat, in order to provide a coordinated Western response to Russian disinformation and other elements of hybrid warfare.”

In the wake of the leaks, which also detail Government grant applications, the Foreign Office have been forced to confirm they provided massive funding to the Integrity Initiative.

In response to a parliamentary question by Chris Williamson, Europe Minister Alan Duncan said: “In financial year 2017-18, the FCO funded the Institute for Statecraft’s Integrity Initiative £296,500.

“This financial year, the FCO are funding a further £1,961,000. Both have been funded through grant agreements.”

Apparently, the Institute launched the Integrity Initiative in 2015 to “defend democracy against disinformation.” However, the evidence uncovered strongly suggests that it’s rather more of an attempt to defend disinformation against democracy.

In the Commons yesterday, Emily Thornberry asked Alan Duncan why taxpayers money had been used by the so-called ‘Integrity Initiative’ to disseminate political attacks [on Jeremy Corbyn and the Labour Party] from its Twitter site.

Duncan insisted that the Foreign and Commonwealth Office (FCO) funding did not support the Integrity Initiative’s Twitter operation, which raises some interesting questions. See Thornberry’s letter demanding answers below: 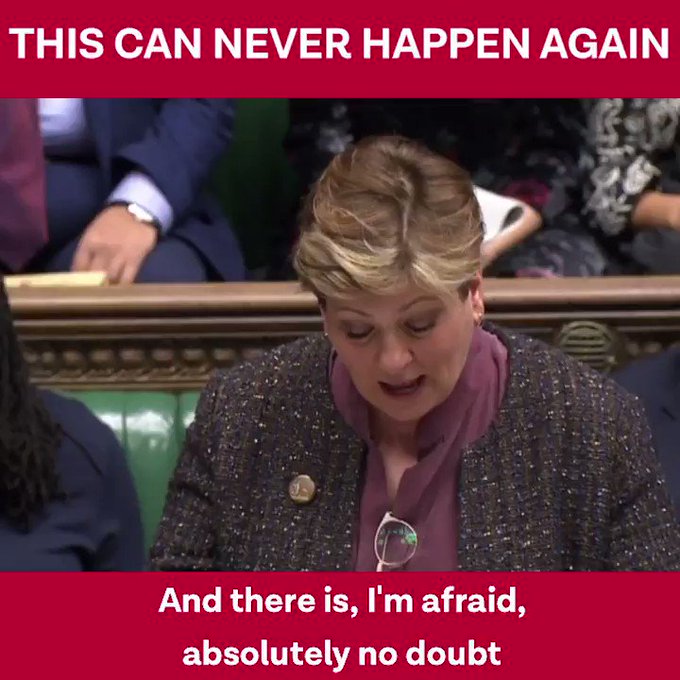 In the Commons earlier, I asked Alan Duncan why taxpayers money had been used by the so-called ‘Integrity Initiative’ to disseminate political attacks from its Twitter site (1/2). 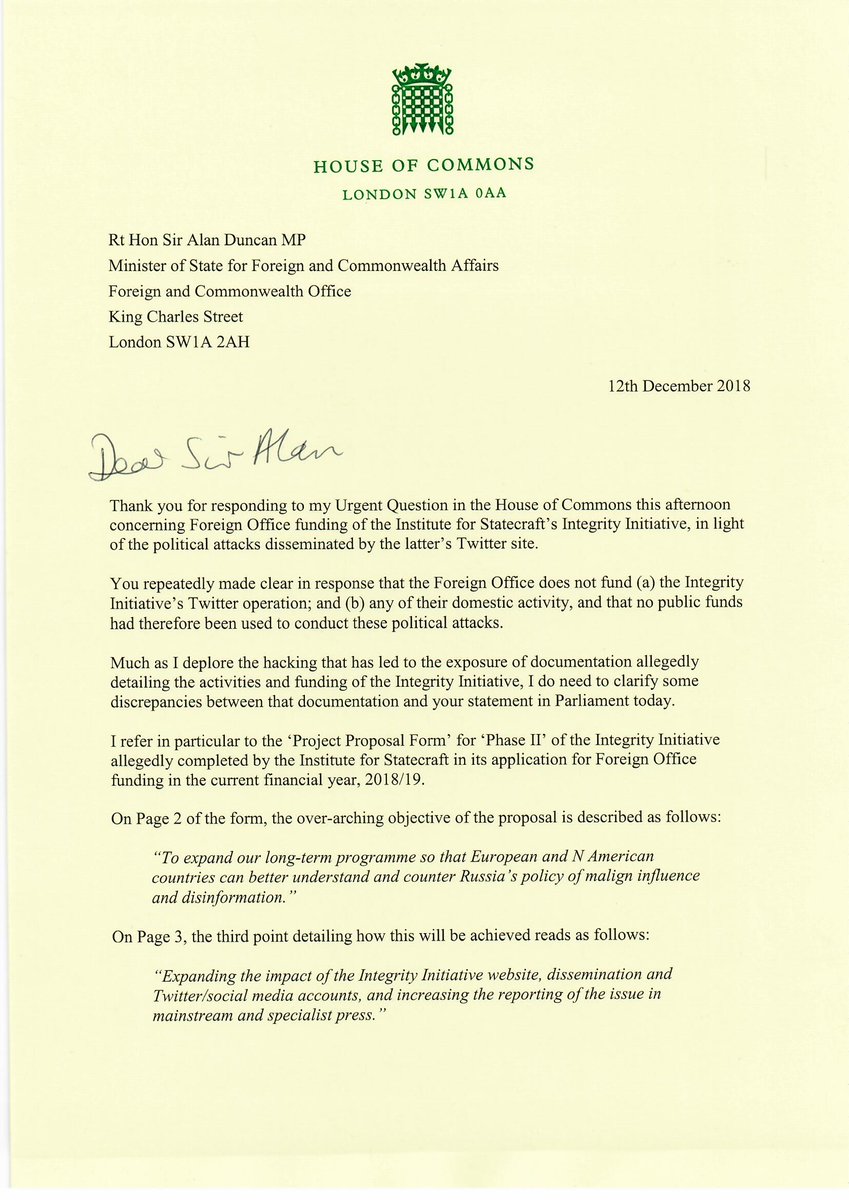 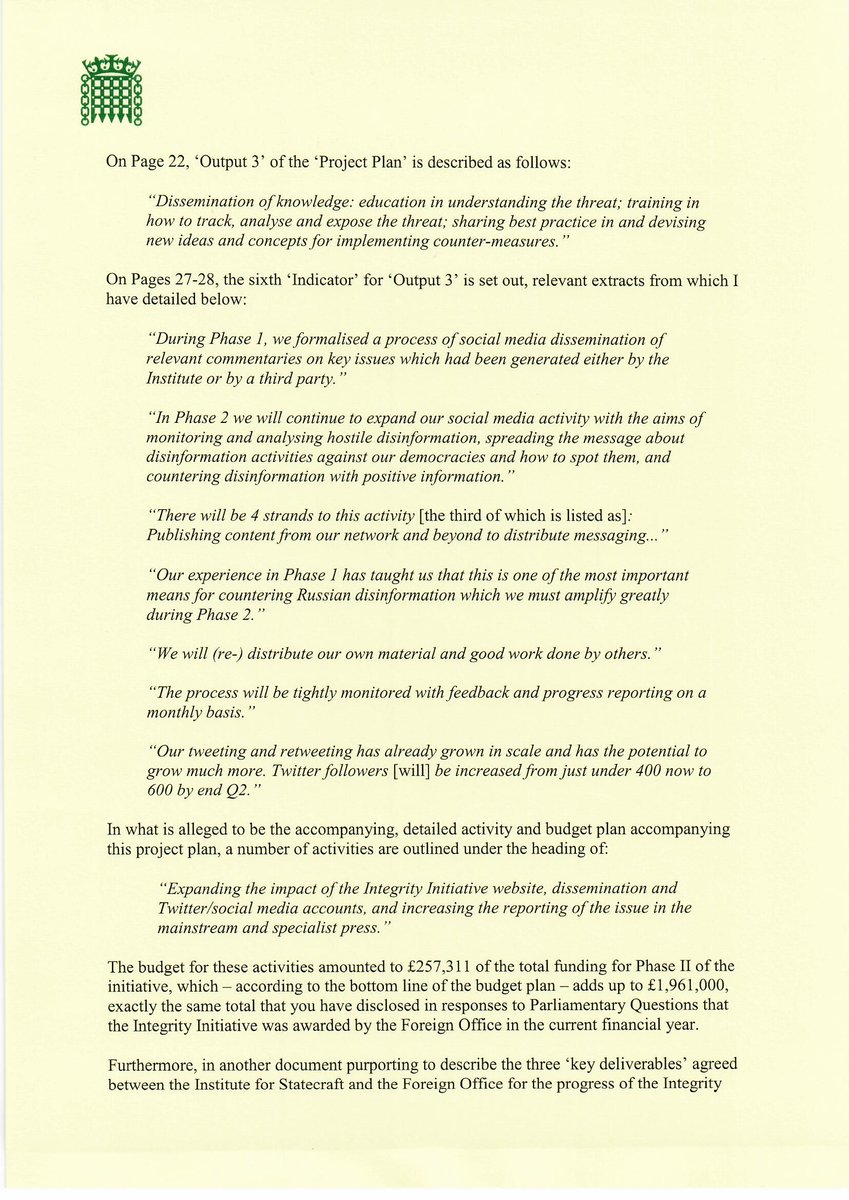 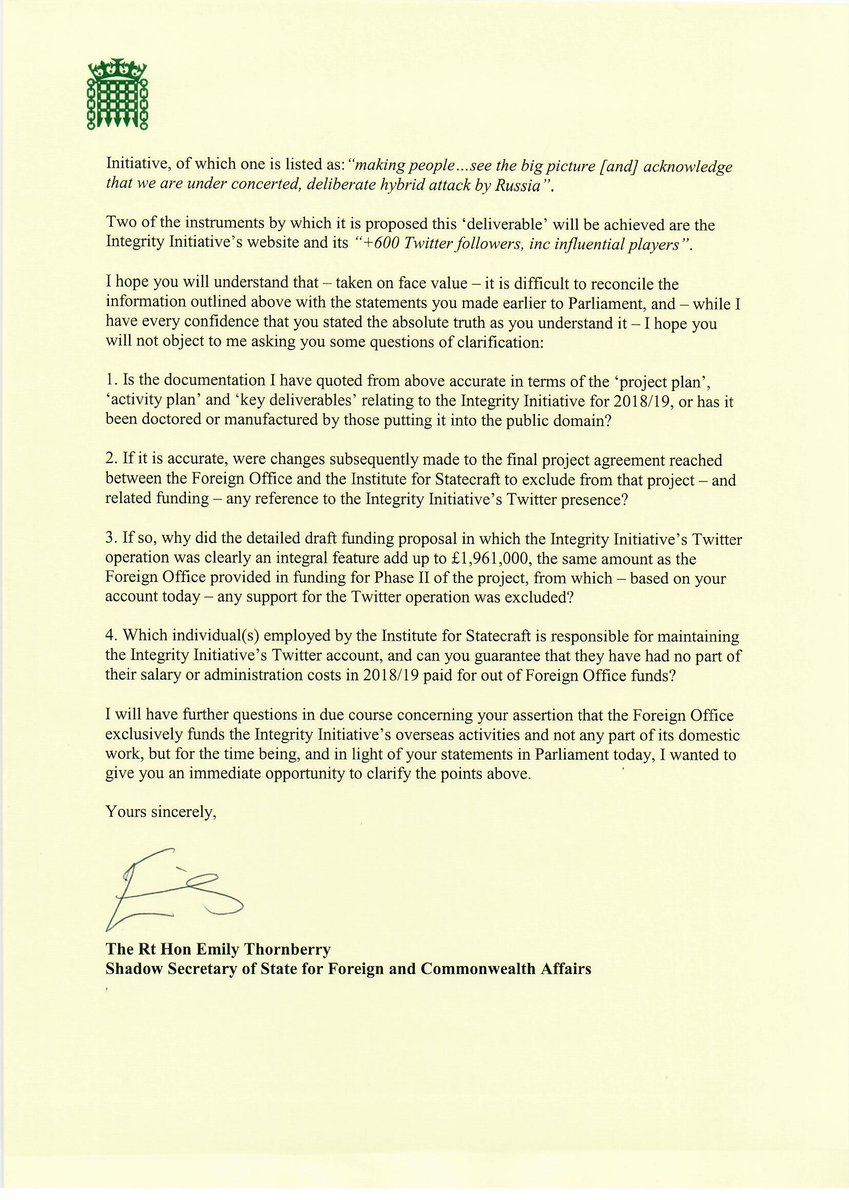 I’m very much looking forward to the response.