via How the CIA Uses the Uyghuers to Destabilize China

I recall, as probably most people don’t, that the Central Intelligence Agency, with assistance from some of China’s neighbors, put $30 million into the destabilization of Tibet and basically financed and trained the participants in the Khampa rebellion and ultimately sought to remove the Dalai Lama from Tibet–which they did. They escorted him out of Tibet to Dharamsala. There were similar efforts made with the Uyghurs during the Cold War that never really got off the ground. In both cases you had religion waved as a banner in support of a desire for independence or autonomy which, of course, is anathema to any state. —US Ambassador Chas. H. Freeman.

Since our media have confined themselves to unsupported allegations, I’ve collected several first-hand accounts of happenings in Xinjiang, an area of China I myself have never visited.

Many Chinese consider Uyghurs the descendants of a marooned, white imperialist army living on land that was China’s long before they arrived. Edgar Snow1 visited Xinjiang in 1937 and reported, “Especially in the ninth century, when vast hordes of Ouigour Turks (whose great leader Seljuk had not yet been born) were summoned to the aid of the T’ang Court to suppress rebellion, Islamism entrenched itself in China. Following their success, many of the Ouigours were rewarded with titles and great estates and settled in the Northwest and in Szechuan and Yunnan. Over a period of centuries the Mohammedans stoutly resisted Chinese absorption but gradually lost their Turkish culture, adopted much that was Chinese, and became more or less submissive to Chinese law. Yet in the nineteenth century they were still powerful enough to make two great bids for power: one when Tu Wei-hsiu for a time set up a kingdom in Yunnan and proclaimed himself Sultan Suleiman; and the last, in 1864, when Mohammedans seized control of all the Northwest and even invaded Hupeh.” 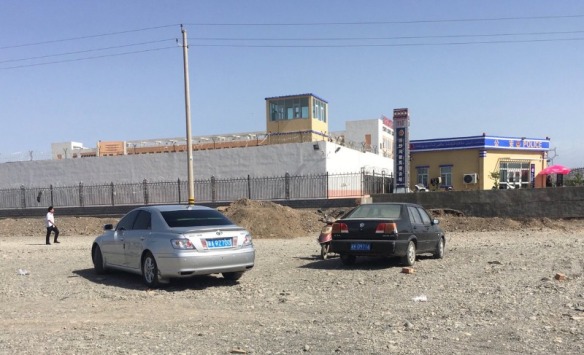 Islam is neither the Uyghurs’ native religion nor their only one but, in its Wahabbi form, it has caused problems around the world, for which we can thank to two fervent Christians, Jimmy Carter and Zbigniew Brzezinski,2who considered a united Eurasia, “The only possible challenge to American hegemony.”

In 1979, months before the Soviet entry into Afghanistan, Brzezinski drafted and Carter signed a top-secret Presidential Order authorizing the CIA to train fundamentalist Muslims to wage Jihad against the Soviet Communist infidels and all unbelievers of conservative Sunni Islam and the Mujahideen terror war against Soviet soldiers in Afghanistan became the largest covert action in CIA history.[2] Brzezinski’s ‘Arc of Crisis’ strategy inflamed Muslims in Central Asia to destabilize the USSR during its economic crisis and, when Le Nouvel Observateur later asked if he had any regrets, Brzezinski snapped, “What is most important to the history of the world? Some stirred-up Muslims or the liberation of Central Europe?”

The Uyghurs had collaborated with the Japanese in WWII and Rebiya Kadeer, ‘Mother of the Uyghurs’ and a US Government client, after kissing the ground at Yasukuni Shrine, called Xinjiang’s postwar reversion to Chinese administration a ‘reconquest.’ Ms Kadeer’s connections are interesting. In the late 1990s Hasan Mahsum, founder of the East Turkestan Islamic Movement, ETIM, moved its headquarters to Kabul and met with Osama bin Laden and the CIA-trained Taliban to coordinate action across Central Asia. In 1995 Recep Tayyip Erdogan, then mayor of Istanbul declared, “Eastern Turkestan [Xinjiang] is not only the home of the Turkic peoples but also the cradle of Turkic history, civilization and culture. To forget that would lead to the ignorance of our own history, civilization and culture. The martyrs of Eastern Turkestan are our martyrs.” Under Erdogan Turkey became the transit point for international terrorists destined for Syria and Turkish airports were filled with Uyghurs traveling on Turkish passports.

Twenty years later, in 1999, the CIA’s Islam strategist, Graham E. Fuller, announced, “The policy of guiding the evolution of Islam and of helping them against our adversaries worked marvelously well in Afghanistan against the Russians. The same doctrines can still be used to destabilize what remains of Russian power, and especially to counter the Chinese influence in Central Asia.”3

We will return to Mr. Fuller anon but, first, some background from F. William Engdahl, “Today the West–and especially Washington–is engaged in full-scale irregular war against the stability of China. In recent months Western media and the Washington Administration have begun to raise a hue and cry over alleged mass internment camps in China’s northwestern Xinjiang where supposedly up to one million ethnic Uyghur Chinese are being detained and submitted to various forms of ‘re-education.’ Several things about the charges are notable, not the least that all originate from Western media and ‘democracy’ NGOs like Human Rights Watch, whose record for veracity leaves something to be desired” […]