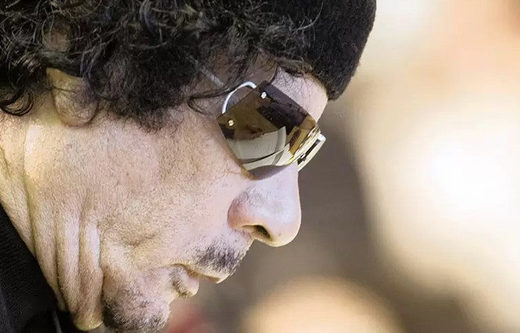 The British government wants to start spending the money earned in taxes from frozen assets of late Libyan leader Muammar Gaddafi. Professor Richard Wolff insists it’s the Libyan people who should get their money back.

British lawmakers proposed handing over £17 million earned in taxes from the frozen assets to the victims of the Irish Republican Army (IRA) attacks. This follows a parliamentary report disclosure last month that the UK Treasury took millions of pounds in tax over the past three years from £12 billion of Libyan assets linked to Gaddafi.

While lawmakers are trying to clarify if it’s legal to receive money in taxes from the frozen funds of another state, Professor Richard Wolff says the money belongs to the Libyan people and must be returned.

“They deserve every bit of the wealth they created and they ought to have that wealth available to them as soon as it possibly can be turned over… because that’s how we run this world. We don’t give over to other countries the wealth produced in our country,” the economist and co-founder of ‘Democracy at Work’ told RT.

According to him, the “British should be the most sensitive to all of this because they had the British Empire which for a century or more and in some cases for several centuries ripped off the wealth of vast parts of the world – India, Africa, and so on.”

Wolff said “they [the UK] should not be doing this again, especially since they have been involved in some of the political maneuvers that overthrew Gaddafi in Libya, and that threatened the government in Venezuela.”

He says there is no way to justify Britain or the United States making decisions for other nations like Libya and Venezuela. “Money should not have been taken. We don’t learn the lesson when one government goes and takes the wealth of people in another society. Give the money to the people while it’s clearly their money,” he said.

“if you get in the habit, like in the United States, of picking winners and losers in other countries, and giving the money from one to the other, you’re going to give a good reason for every country in the world to make sure of one thing: Don’t keep your money in New York or London because when you need it, they may not return it. They may behave as though they’re not the holder of your money but somehow by magic it became their money.It’s a very dangerous long-term game.”

It is not the first time that Gaddafi’s frozen assets have been mishandled. In autumn 2018, the Belgian government was accused of paying out interest and dividends on the colonel’s bank accounts.

Following Gaddafi’s murder in 2011, about €16 billion belonging to him were frozen in four Belgian banks in accordance with a UN resolution. However, an investigation conducted by Politico indicated “regular outflows of stock dividends, bond income and interest payments to unknown beneficiaries with bank accounts in Luxembourg and Bahrain” between 2011 and 2017.