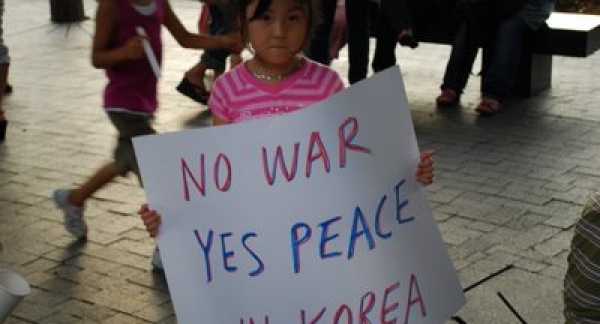 by Finian Cunningham, via Strategic Culture

Germany and France have backed the stance of Russia and China for negotiations to avert the Korea crisis. South Korea and Japan also seem to be amenable to recent calls by Russian President Vladimir Putin for exclusively diplomatic efforts. Any other option in the alarming standoff with North Korea over its nuclear weapons program portends disaster.

German Chancellor Angela Merkel has endorsed the P5+1 nuclear deal with Iran as a model for possible negotiations.

That puts the United States on the margin of international consensus, with its repeated threats to use military force as an option against the Democratic People’s Republic of Korea (North Korea).